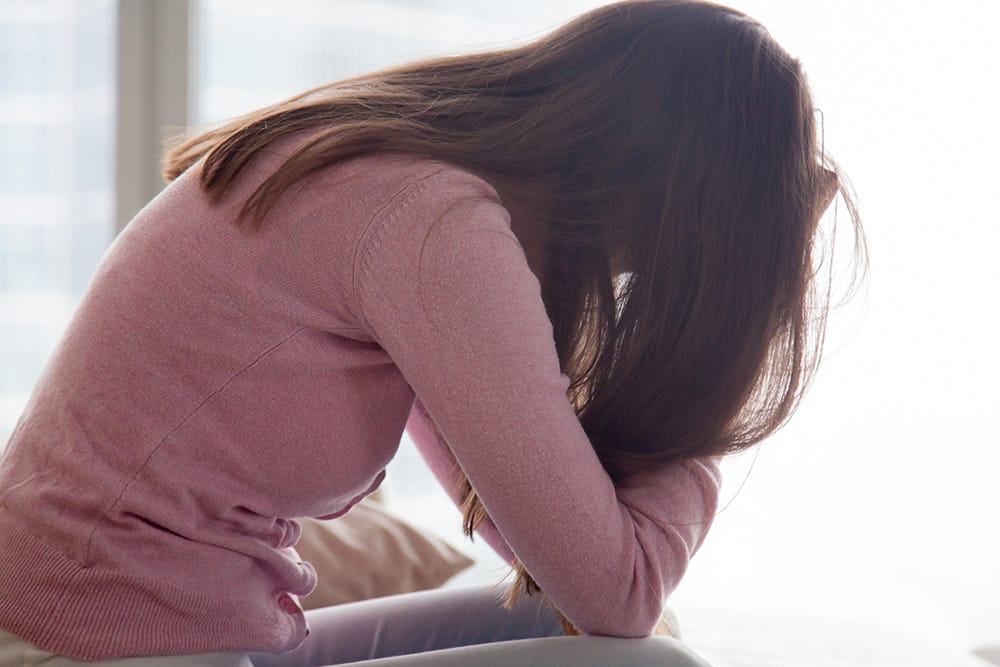 They couldn’t believe they were at this point. How did they end up here? Maybe they didn’t parent right. Maybe it was the negative peer influences. Somehow things had shifted and they slowly witnessed changes happening to their teen that just didn’t seem right. Either way, they were dumbfounded as the doctor explained to them that their teen had depression.

In my work as a mental health professional, I’ve sat across many parents and caregivers who feel confused, hopeless, and desperate for help because their teenager is clinically depressed. This mood disorder is one that is becoming a widespread epidemic among our western culture and is unfortunately misunderstood when it comes to teens. With teen depression on the rise, it’s important to understand what it is, how to identify it, and the best course of treatment.

In some contexts, the term depression is often misused. People casually and almost flippantly use this term to describe their emotional state. We’ve all heard our peers say something along the lines of “ugh that movie just made me so depressed,” or “just thinking about math makes me depressed.” This is a gross overstatement. Clinical depression is long lasting and impairs your normal level of functioning. Sadness on the other hand is a more appropriate way to describe a temporary feeling. Most people experience moments of sadness throughout their lives, or even throughout their day. On the other hand, depression is not temporary and is an intense state that can last as little as two weeks and as long as several years. According to Moreh, and Henry (2016), “at any given time, up to 15 percent of adolescents and young adults have some symptoms of depression. Five percent of those, 9 to 17 years of age, meet the criteria for major depressive disorder” (p. 287). Clearly, this is a statistically significant number that parents need to be aware of.

Furthermore, there are several types of depression. In general terms, depression falls under a class of psychological diagnoses known as mood disorders. Major Depressive Disorder is perhaps the most common and seen frequently in teens. There is also Persistent Depressive Disorder, formerly known as Dysthymia, which lasts for at least two years in adults, and at least one year in teens. On the rise and included in the new DSM 5 is Premenstrual Dysphoric Disorder which is a mood disorder specifically related to the week prior to menses in females. These are only a handful of the varying presentations of depression. A clinician is notably looking for how long the depressed mood lasts when it occurs, what areas of functioning it impacts, and the degree of severity.

Causes of Depression in Teens and Adolescents

As with any diagnosis, it’s important to understand that there is usually not a single cause. Parents and caregivers, in particular, are curious to know the why behind their teen’s depression. Teenagers are complex and there are usually several factors at play. The first thing I’m interested in when a teen’s parent or the teen themselves suspects depression is their family tree. Genetics are highly correlated to depression, which means the more family members who have depression or a similar mood disorder, the higher you are at risk for developing it. According to Maughan, Collishaw, and Stringaris (2013), “depression runs in families, with there-to-four fold elevated rates in the off springs of depressed parents” (p. 37). Being aware of the relatives in your family who have mood disorders or other another psychological diagnoses can help you understand the potential your teen has of developing one.

Likewise, it’s a common fact that teenagers are experiencing a surge in hormonal changes as a result of their normal development. However, these hormones paired with additional risk factors can be linked to depressive disorders. It is also important to consider certain stressors teens are facing such as trauma or grief. Grief itself is a normal reaction to loss and there is no particular time limit. However, grief can become complicated and persistent when the individual’s sorrow does not improve over time. In this case, normal grief could essentially morph into persistent complex bereavement disorder or a depressive disorder.

These are only a few of the possible causes of depression in teens. As mentioned previously, diagnoses are unique to the individual, their chemistry, circumstances, and worldview. All of these things should be taken into account when making a sound diagnosis.

Emotional Symptoms of Depressions in Teens

While the criteria for depression is essentially the same for both teens and adults, the presentation of symptoms can be quite different. Presentation refers to how depression “shows itself.” According to Pledge (2004), “depressive symptoms often manifest as irritability in children and adolescents and typical symptoms of excessive sleep and decreased motivation may also be observed.” These are two common things that parents report when they notice mood changes in their teen. Teens can also display apathy, guilt, or feelings of worthlessness.

One of the most serious symptoms that caregivers are aware of is a teen’s disclosure of suicidal thoughts or self-harm behaviors. According to Zhand, Matheson, and Courtney (2016), “deliberate self-harm in youth is one of the most frequent reasons for psychiatric inpatient admission” (p 170). The reasons for self-harm are not always clear but it can be an indicator of a possible mood disorder. Suicidal thoughts, on the other hand, are the most serious emotional presentation of depression and should always be taken seriously. If your teen is expressing or alluding to this, please seek medical help immediately.

Physical Signs of Depression in Teens

In addition to some of the obvious emotional signs of depression, there are also some physical signs that can have an impact on your teens functioning. For instance, have they lost or gained weight lately? This may point to a change in their appetite and eating patterns. Furthermore, is there a change in their sleeping pattern? While typical teenagers sleep more, some teens with depression may have an increased amount of sleep that impacts their day. This could mean that they have frequent naps in addition to their regular nocturnal hours of rest. On the other hand, some teens may sleep less than they previously did.

Adolescents may also exhibit somatic symptoms associated with depression. Somatic symptoms are also known as physical symptoms usually pain and fatigue. The most common include headaches and body aches without a known medical cause. This could likely be a sign of their body saying that something is wrong emotionally.

In their study of behavioral disorders and depression, Burke and Loebar (2010) reveal that Oppositional Defiant Disorder in an adolescent can later lead to depression (p. 321-322). This points to the correlation often found in teen depression and behavioral changes. Teens can present with rebelliousness, decreased grades, and poor peer relationships. Unfortunately, some teens begin using alcohol and drugs as a means to self-medicate the emotional pain they are feeling. Again, this is an assessment that should compare the teens previous functioning to their current functioning. Are you seeing these changes in their behavior and personality?

Treatment for Teens and Adolescents with Depression

Parents and caregivers can best help their teen by seeking professional help to treat depression. One of the most effective treatments for adolescent depression is Cognitive Behavioral Therapy (CBT) within an individual or group therapy setting. Gledhill and Hodes (2011) states, “research supports a role for CBT alone in the treatment of mild-to-moderate depression…continuing CBT after the initial treatment session reduces the rate of relapse.” Other effective treatment modalities include family sessions for the adolescent and interpersonal psychotherapy. When these treatments are not producing effective results, some caregivers may consult with their doctor or psychiatrist about integrating a medication. However, it’s important to consult the benefits and side effects of these treatments with your provider.

I also emphasize the role of diet and exercise with the teens and parents I work with. What you are eating can affect your mood. Are you eating a carbohydrate filled diet of mostly processed foods? Or are you eating a balanced diet of vegetables, fruits, grains, and proteins? These factors can affect your brain chemistry. This is also true of exercise. Exercise can help increase levels of dopamine and serotonin in the brain, which are sometimes decreased in an individual who is depressed.

Although depression is common and increasing with teens in our western culture, it’s important to understand its presentation and complexity. The diagnosis of this mood disorder has many factors to consider. If you believe your teen could have some of the signs and symptoms of depression, consult some professionals in your area. Shepherd’s Hill Academy is equipped to serve your teenager and provide therapeutic support for your family. We specialized in treating teens with depression and other complex diagnoses.