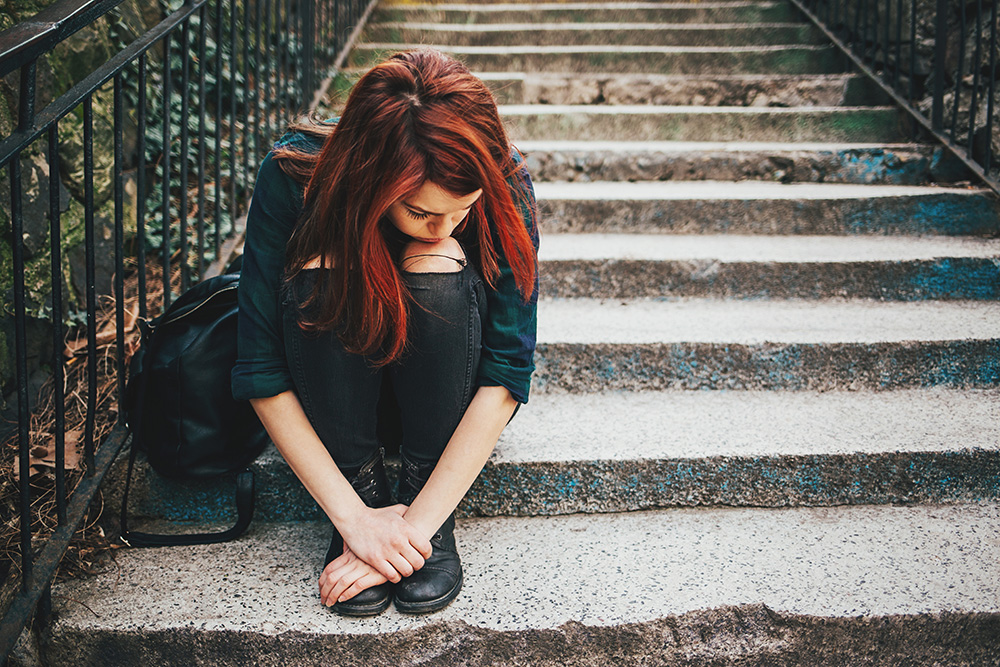 A slamming door, back talk, or blatant disobedience may seem common in teens. But this behavior could be signs of a bigger problem.

“We thought it was just hormones and growing up.” “They were just being a moody teenager.” “It’s part of this teenage angst thing.” Maybe these are things you have said about your teen and their opposition to authority. Perhaps they were a “strong-willed child” with a bad case of the terrible twos, but they never seemed to grow out of it. This could be a sign of oppositional defiant disorder (ODD).

It is not uncommon for teenagers to exhibit oppositional tendencies from time to time. A showing of disrespect, an eye roll, disobedience once in a great while may not be cause for major concern. But when the behavior lasts longer than six months (or is unusual for the child’s age), it may be time to take notice. This repeat behavior may very well be a sign of oppositional defiant disorder.

What is Oppositional Defiant Disorder

WebMD states, oppositional defiant disorder, or ODD, is a behavioral disorder found to develop in children or young teenagers. A defiant teen may express anger, be disrespectful, engage in defiant and argumentative behavior, and is oftentimes vindictive toward those in authority.

How do I know if my teen has ODD? According to Mayo Clinic, it is oftentimes difficult to determine if your teen has ODD or is simply “strong-willed” or “emotional.” While periodic displays of defiance are normal at various stages of development, ODD symptoms may also be present.

There are many displays of defiant behavior that could be identified in your teen. Inventory your child’s behavior. Are any of the following ODD symptoms present on a consistent basis:

The Diagnostic and Statistical Manual of Mental Disorders (DSM-5), published by the American Psychiatric Association (APA), lists criteria for diagnosing ODD (Mayo Clinic). This manual is used for diagnosis by medical professionals. It is also used by many insurance companies to reimburse for treatment of individuals exhibiting such symptoms.

DSM-5 criteria for diagnosis of ODD show a pattern of behavior that:

For teens, these behaviors must occur at least once per week for at least six months in order to be diagnosed as ODD.

It is difficult to pinpoint an exact cause of ODD. This disorder is believed to come about due to a combination of contributing factors. These factors include biological, genetic, and environmental conditions and stimuli.

Has your child suffered an injury that affected a portion of the brain? Some studies have found that defects in or injuries to the brain can lead to oppositional behavior in children and teens.

Another possible cause of ODD is abnormal brain function. When certain types of brain chemicals (neurotransmitters) are not working properly, messages to the brain may not make it through correctly. This can also result in behavior disorders such as ODD.

In some cases, the cause of a child’s actions can be determined by examining the family tree. Does your family have a history of behavioral or mental illness or disorders? This could include disorders other than oppositional defiant disorder such as: mood disorders, anxiety disorders and personality disorders. Studies suggest that individuals may be susceptible to inheriting ODD and other disorders.

Can oppositional defiant disorder actually be learned? Factors such as family dysfunction, inconsistent disciple, and a family history of mental illness and substance abuse may also contribute to a teen’s development of ODD.

What is the Likelihood My Child Has Oppositional Defiant Disorder?

How Can I Know for Sure that My Child Has ODD?

Mental illnesses are often diagnosed in children by an inventory of symptoms. A doctor may check your teen’s medical records and perform a physical exam to check for physical symptoms. Blood tests or neurological exams may also be ordered to identify medical explanations for oppositional behavior.

If a physical cause cannot be identified, the doctor may refer your child to a psychologist or mental health professional. Diagnosing your teen with a mental or behavioral disorder will rely heavily on the symptoms and signs your teen is exhibiting. It is important for you as the parent to take note of the actions and attitudes your teen is displaying, as the diagnosis will rely heavily (if not solely) on the accounts of parents, the teen, and other authority figures.

It is important to document the signs and symptoms your child has been experiencing, and for how long. Also document key family information that may lead to stress within your teen’s life. This could include parental separation or divorce, family differences, and other factors.

What Treatment Can I Seek for My Teen?

Successful treatment for your teen involves therapy and training to build healthy family relationships. The most common and most effective treatment for oppositional defiant disorder is for teens to participate in psychotherapy and/or counseling.

Will Medication Cure My Teen With ODD?

At this time, there is no medication scientifically established or approved to treat oppositional defiant disorder. Oftentimes medication may be prescribed to treat accompanying mental illnesses and factors that may be present in addition to ODD.

What if My Teen Is Not Treated?

When left untreated, oppositional defiant disorder can lead to a more serious behavior disorder called conduct disorder (CD). It is very important for parents to take notice of defiant tendencies in their teen, and to take action early. Seek qualified resources and help for your teen. It is important for your ODD teen to develop social skills, coping skills, and an ability to deal with anger and aggression in a healthy way.

Teens that suffer from ODD have trouble in virtually every environment in which they live. From their life at home with family, to respecting authority of teachers in school, to working with supervisors in a work setting. Many teens with ODD also struggle to keep friendships and relationships.

ODD may lead to many problems such as:

At Shepherd’s Hill Academy your teen will be placed in our outdoor therapeutic environment, specifically designed to take away from the distractions of life. Teens are in a controlled environment with a student to staff ratio of 5:1. Teens are challenged to develop successful habits and skills, take responsibility, and develop a healthy respect for authority.

Your teen will also take part in individual counseling, group counseling, and Equine Therapy. Our proven combination of therapeutic methods successfully meets the child where they are and aids in their development. Family counseling is also available to offer hope and healing to the entire family unit.

To learn more about how Shepherd’s Hill Academy can help your family in the treatment of your teen suffering from oppositional defiant disorder, inquire online or give us a call today!