As a Residential Therapeutic Program and Boarding School, Shepherd’s Hill Academy (SHA) employs more than 50 staff members who are dedicated to serving teens and their families from across the nation and around the world. Staff at SHA provide 24/7 oversight for hurting teens as these teens work to deal with various issues of life. 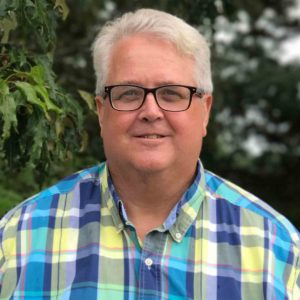 Kurtz also continues to serve as the Shepherd’s Hill Academy Clinician, providing oversight for the Therapeutic staff, as well as group therapy for the students. Because of his interaction with the teens in a therapeutic setting, Kevin’s Chaplain role will not include ministering to the students directly during chapel services, but will include his appointing of various speakers for these events.

As a Chaplain, Kurtz will take on a number of responsibilities. He will also facilitate and schedule the special speakers for the Academy’s Friday afternoon chapel services. Kurtz will be connecting with local pastors, as well as professionals and mentors, in order to schedule encouraging and thought provoking discussions for the students.

In addition to scheduling events, Kurtz will be acting as Chaplain for the employees of Shepherd’s Hill Academy. Kurtz describes his role this way, “The corporate Chaplain role at Shepherd’s Hill Academy entails establishing a spiritual connection to help the fellow servants here to grow as individuals and support them in the work that they do. A part of ‘equipping the saints’ is caring for and being an example as Jesus was. The Chaplain’s role will encompass prayer, devotionals, hospital visits as needed, Pastoral Counseling for the employees and arranging Chapel speakers for the students. The leadership of Shepherds Hill desires to provide, for those who are a part of the life changing work here, the resources to be as effective as they can be and part of that is personal life balance. The accessibility of a Chaplain can assist in that balance.”

Kurtz has worked as a Chaplain for 22 years, transitioning from a ministry where he worked with members of the trucking industry. Kurtz states, “I served as a corporate Chaplain in the trucking setting, ministering to drivers and also employees at the truck stop where we were located. The setting encompassed a diverse group of people from many beliefs and backgrounds.”

As a Chaplain, Kurtz is able to integrate his therapeutic training into the spiritual and emotional care of the team members at Shepherd’s Hill Academy. Kurtz’s desire for his team as Chaplain is to “meet them where they are and care for them,” he said.

Shepherd’s Hill Academy is excited to welcome Kevin onboard in such a capacity as the program continues to offer exciting and unique opportunities for its team members.