We Are Currently Hiring for 2021 Boys Residential Staff

The Shepherd’s Hill Academy boys residential team is comprised of men who have a passion for serving troubled or struggling teens in crisis. On a 24/7 basis, our boys residential team ensures your son’s therapeutic needs are met. In addition, each member is thoroughly trained to provide a safe environment that cultivates your teen boy’s academic, emotional, physical, and spiritual development.

Each team member undergoes an intense 30-day training period that meets the Georgia state required employment process. Only upon meeting all requirements, including a thorough background and criminal history check, can an individual join the Shepherd’s Hill Academy team. All residential staff members are required to be trained in Cardiopulmonary Resuscitation (CPR), First Aid, and Emergency Safety Intervention (ESI).

Assuring the greatest degree of care and attention in the industry, Shepherd’s Hill Academy uncompromisingly upholds a maximum 5:1 student to staff ratio. This means your child will not be out of sight of a boys residential team member at any point during his stay in the Therapeutic Outdoor Program. 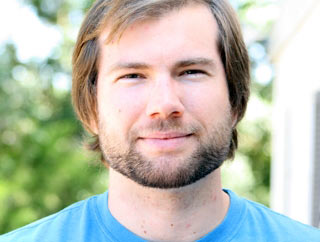 Drew holds certifications in Emergency Safety Intervention (ESI), CPR/AED for the Professional Rescuer, Lifeguard, and First Aid with the American Red Cross. He was previously trained and certified in Wilderness First Responder through the Wilderness Medicine Institute (WMI).

Drew has a passion for serving the youth of this nation. He sees that many teens have given up hope on living according to biblical principles. Drew works alongside the teens at Shepherd’s Hill Academy to offer them hope in the possibility of living out those principles in a practical way. 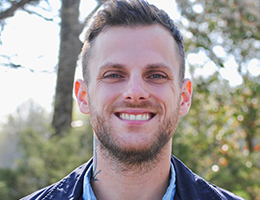 Caleb received a bachelor’s degree in Psychology from Otterbein University in Westerville, OH, and is currently pursuing a master’s degree in Mental Health Counseling. He is a worship leader at Revive Church, along with serving in Celebrate Recovery at The Pointe Church. He has former experience working with a Christian-based men’s recovery home.

At age 27, Caleb turned his life over to Christ to serve His Kingdom by helping others who are broken and in need of help. The Lord laid it on Caleb’s heart to work with this generation of young people to help impact their lives in a positive way. It is Caleb’s desire to share his own experiences to teach our youth to reach their full potential through a healthy relationship with Christ.

Caleb and his wife Hilary have a one-year-old daughter, Willow, and enjoy spending time as a family and playing music together. 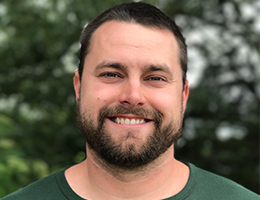 Tyler has completed his bachelor’s degree in General Studies at Toccoa Falls College in Toccoa Falls, GA. Tyler has been working with youth since 2008. He began working at Shepherd’s Hill Academy in 2013.

In Tyler’s own teenage years, he had the guidance and mentorship of three very godly men. At the time, he did not appreciate the time and effort that they poured into his life to shape him into the person he is today. Now that he is grown up and can look back at it, he has seen that they sacrificed a lot of time that they didn’t need to and for no real reason other than that they wanted to instill good qualities in him. This, along with the fact that he has always had a desire to work with youth, has convinced him that it is his responsibility to give the coming generation the guidance that he had growing up.

Tyler has been married to his wife Lane since August 11, 2012. He enjoys spending time outdoors, camping, and working on cars. 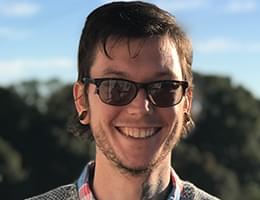 He has worked with youth by serving at the youth ministries of Revive Church in Cornelia, GA for three years. Caleb enjoys giving to others to help improve their life situations. He claims he was once a troubled teenager who began to take those issues into his adulthood. He gives the Lord all the credit for “doing big things” in his life. He knows the Lord will use him to reach other troubled teens before they become adults.

Caleb is married with three children, two daughters and one boy.

In his spare time, Caleb loves music and playing the guitar. He collects and loves everything that goes along with guitars. 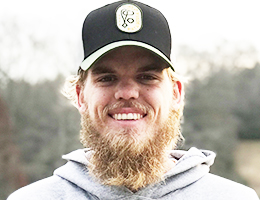 David attends Toccoa Falls College in Toccoa Falls, GA. He is working toward a bachelor’s degree in Cross-Cultural Studies with a minor in Outdoor Leadership and Education.

Since the beginning of his own high school years, David worked with the youth of his home church during VBS and as a counselor on offsite trips. He also served groups of kids at Camp Highland in Ellijay, GA; a Christ-centered summer camp for youth.

David wants to help and serve teens because he knows they will be the ones with the most influence and power before we know it. He desires to be the positive influence they need right now in order to become our future leaders. Being around kids is normal for David. He grew up in the south side of Atlanta in a family of eight children where he is number five. He has two brothers and five sisters.

David loves to play all sports, but he most especially prefers basketball and golf. He loves the outdoors and activities such as hiking and rock climbing. 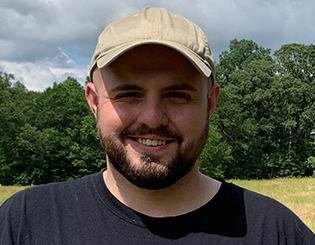 Ethan currently serves as a Law Enforcement Officer and has served and protected his community since 2018. Ethan grew up in a small town outside of Athens, GA. He was homeschooled and accredits the man he is today for learning essential life skills in sustainable living. He learned the value of gardening and raised his own chickens and pigs. He also learned the skill of carpentry.

His experience working with youth is over a five year period where he taught as a martial arts instructor. Ethan’s desire to work with teens is to help spread God’s Word to others and in turn, grow as a person himself. He is also married and the father of three young daughters of his own.

In his spare time, Ethan enjoys board games with his family and friends. He also finds music, reading and theological studies enjoyable. 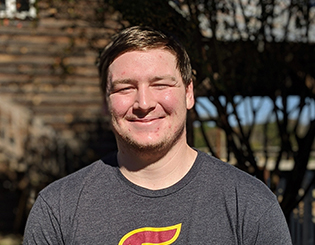 Hayden is pursuing a bachelor’s degree in Agricultural Business at Emmanuel College in Franklin Springs, Georgia.

He spent two summers working with his church, and others, through VBS programs. He has also spent the past three years as a youth wrestling coach. He has two younger brothers who are a constant reminder of how to live his life daily so that those who are following him have a good example.

Hayden shares, “In my late teenage years, I was lost in life. I had not yet committed my life to Christ and refused to listen to the plans God had for my life, so after high school, I quickly bogged down because I did not know what to do with my life. It was with strong role models who taught me how to commit my life to Christ that I began listening to God’s directions for me, following His plans laid before me. Now I want to return the favor and provide young men who are likewise lost in life a path to God and teach them that He is the only one who truly knows what is best for you and will never lead you astray. I want to be a strong role model in their lives that they can look up to during hard times in their lives.”

He enjoys all activities in the outdoors. He also likes reading, sports, and especially working with youth athletes. 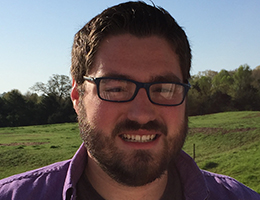 Jeremiah graduated high school through the Interior Distance Education of Alaska (I.D.E.A.). Thereafter, he attended the Kenai Peninsula College in Soldotna, AK, for two years. Currently, he is pursuing a bachelor’s degree in Philosophy with a minor in Bible and Theology at Toccoa Falls College in Toccoa Falls, GA.

At the young age of twelve, Jeremiah heard God calling him to work in youth ministry. While growing up, he was very active in his youth group and involved in coordinating events. Jeremiah served the youth at Solid Rock Bible Camp in Soldotna, AK for three years as a counselor and lifeguard. He currently serves guiding kids at the student out-reach weekly youth program at Oscar Mike’s nonprofit ice cream shop in Toccoa, GA.

Jeremiah believes that it is important for teenagers to have strong role models that are rooted in God’s truth in their life. It is his desire to develop healthy relationships with teens in order to mentor them and to make a lasting impression upon future generations.

Jeremiah enjoys being outside surrounded by nature, along with hiking, camping, and skiing. He loves to learn new things and to teach others. He also plays the guitar and trumpet. 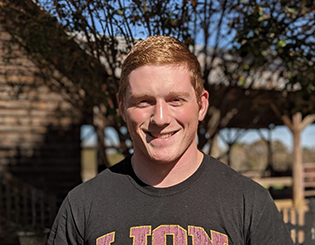 Seth is pursuing a bachelor’s degree in History Education at Emmanuel College in Franklin Springs, GA.