Shepherd’s Hill Academy is blessed with a wonderful and highly skilled administrative team. From enrollment to graduation, our administrative team is here to serve you and your teen. Our administrative team not only guides you through the admissions process, but also performs the responsibility for much of the daily care and watchful oversight of team members who ensure a safe and secure authoritative environment is consistently available for your child. 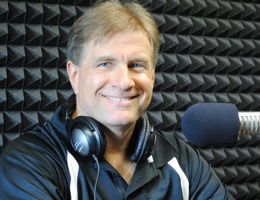 Trace and Beth Embry have a heart and a passion for the parents and youth of today’s culture. Trace and Beth began their married life in the Chicago area in 1980. Along with being entrepreneurs and prominent business owners, Trace served as a Police Officer in their hometown after graduating the Indiana Law Enforcement Academy in 1978. Trace and Beth felt the Lord’s prompting to full-time ministry and attended college at Toccoa Falls College, in Toccoa Falls, GA, and pursued other extensive training to prepare them for working with troubled teens. Trace is also the Host of the License to Parent radio program.

Shepherd’s Hill Academy was founded in 1994. The Embrys live on campus and minister and counsel each resident, along with a large professional staff. Trace and Beth have five children of their own and six grandchildren. 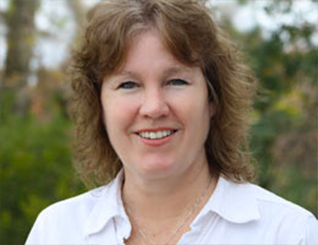 Trace and Beth Embry have a heart and a passion for the parents and youth of today’s culture. Trace and Beth began their married life in the Chicago area in 1980. Trace and Beth felt the Lord’s prompting to full-time ministry and attended college and extensive training to prepare them for working with troubled teens.

Shepherd’s Hill Academy was founded in 1994. The Embrys live on campus and minister and counsel each resident, along with a large professional staff. Trace and Beth have five children of their own and six grandchildren. 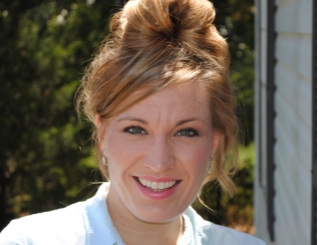 Teens and residential care have been a part of Allison’s life since she was a young girl. Growing up within the culture of SHA, she has been immersed in the journey from crisis to restoration. Allison fell in love with the story of redemption and the hope that it can bring to an individual.

Allison has been a part of Residential Care for her entire adult life, holding the position of Girls Wilderness Program Supervisor from 2006 to 2013. She now works as the Director of Program Development. Working in residential care is not a job to Allison, but a passion. Allison explains that she is “extremely blessed for each day God allows me to be apart of the work at SHA.”

Allison loves sports, animals, and the outdoors. She especially loves running, participating in 3 half marathons with more to come! Fall is her absolute favorite season, as Georgia is particularly beautiful (especially for a run) this time of year. Allison also enjoys spending time with her family. Allison, along with her husband Joshua, together they have the privilege of working side by side at Shepherd’s Hill Academy. Allison says, “It’s been an awesome experience sharing this with him.” Together they have a beautiful little girl, Lilliana. 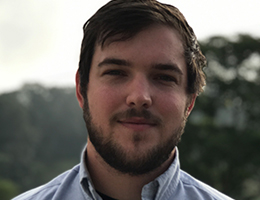 Christopher is currently studying for an associate degree in Mechanical Engineering at North Georgia Technical College. He plans to continue his studies by transferring to Kennesaw State University to receive a bachelor’s. He served in the United States Marine Corps for four years.

Christopher shared his leadership ability by serving as a mentor to junior Marines for two years. He has a strong desire to work alongside teens to help improve their lives, the lives of their families, and their community. He knows that the experience of working with and helping teens will also enrich his own life.

Christopher is married and has two children. He enjoys hunting, fishing, and really anything outside. His motto is: “I can’t wait to get know and help the people I meet.” 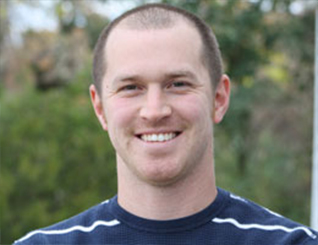 Joshua pursued Youth Pastoral Studies at Emmanuel College in Franklin Springs, GA. He is also a certified instructor for Handle with Care Crisis Intervention and has been trained in Wilderness First Aid and water safety through Red Cross.

He has been working with troubled youth since 2005. Initially, he served at a summer youth camp, and then as a Residential Team member at SHA. He currently serves as Director of Operations and uses his organizational and strategic planning skills for administrative purposes at Shepherd’s Hill Academy.

Joshua’s passion is for the wayward youth of this culture. Seeing how the negative influences of this culture have impacted our nation’s youth, his hope is that God can use him in the ministry to re-establish a biblical worldview in the hearts and minds of the youth in America.

He and his wife enjoy competitive sports and outdoor activities. Joshua also loves to gain knowledge in Christian apologetics and other worldviews through reading and studying. 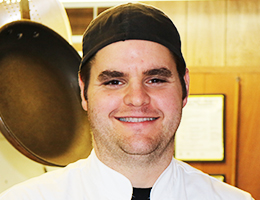 Kenneth received an associate degree in Culinary Arts from North Georgia Technical College Currahee Campus in Toccoa, GA. He literally brings years of creative culinary experience to the table. Since 2008, he has worked in restaurant settings, at summer camps, and church and family dinners. He has also volunteered by feeding soldiers who just returned from overseas.

Kenneth has worked with the children at his church since 2009 by organizing youth activities and chaperoning events. He also served at Camp Toccoa, a youth organization in Toccoa, GA. Kenneth is familiar with the students and families of Shepherds Hil Academy. He cheerfully served our students for three years prior to his recent return to serve again.

When it comes to cooking for the students at SHA, Kenneth likes to incorporate meals that he had as a kid growing up. He loves surprising people with meals and desserts from family recipes or ones he has created or re-created. Kenneth will say, “God has given me the talents and abilities to cook not only good food, but to cook well-balanced meals as well. These students are our future and deserve all that we can offer them.”

On March 24th, 2018 Kenneth married the love of his life, Katie. He recalls, she has been with him through some of the hardest times of his life, and he cannot imagine life without her now. He also loves to go hiking, off-roading, swimming, and pretty much anything that happens outdoors. He enjoys being back at Shepherds Hill and the community that he missed. 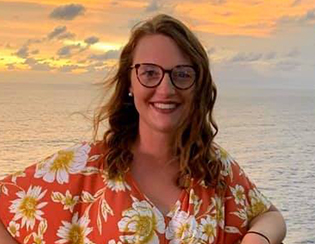 Lexie has a Licensed Practical Nursing degree from Tri-County Technical College in Easley, SC. She is working towards a Bachelor of Science degree in Nursing online through Excelsior College of Albany, NY. She is certified in First Aid and CPR. She was a Nurse Hero Nominee in 2019.

Lexie shares that she has always had a calling to be a nurse. While in High School she participated in the Certified Nursing Assistant (CNA) program offered at her school. More specifically, she knows the Lord has called her to be a positive, Christ-like influence in the lives of our youth. She believes the culture has so many negative influences and temptations on kids and she wants to help show them their purpose in life. Her heart has a special place for helping the hurting and lost people in society. She accredits this desire, and the person she is today, to the people who poured into her and never gave up on her when she was young.

Growing up, Lexie volunteered in Sunday school, VBS, and children’s church. As she became older, she taught the children’s group at her church and was the interim treasurer. For several years she was a part of Learning, Education, and Discipleship (L.E.A.D.) Ministries. The L.E.A.D. ministry weaved together Christian discipleship, progressive horsemanship, and spiritual leadership to help lead young people to the Lord.

Lexie lives on a 30-acre farm where she gets to be outside tending to lots of animals, including horses which she also rides and teaches equine lessons. In her spare time, she loves being outdoors, spur of the moment road trips, and relaxing on the lake with friends. 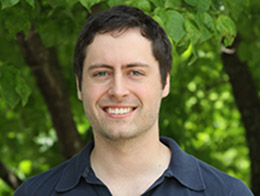 Nathaniel graduated from Crown College in Saint Bonifacius, MN. He has a bachelor’s degree in General Studies and Christian Studies. He also has a minor in Counseling and a second minor in Psychology.

Nathaniel has been serving youth since 2003. He has enjoyed working with youth since he was a teen himself. He has been involved in Boys Brigade (assistant to the rangers on trips), vacation Bible school (teacher assistant, teacher, and assistant director of VBS), a missions trip to Santo Domingo, Dominican Republic (team member), Samaritan’s Purse (Operation Christmas Child and Tsunami Relief), Feed My Starving Children, Source Ministries, as an English teacher at an English camp in North-East Germany, and as a youth worker in several different youth groups (Maple Grove Evangelical Free Church and First Alliance Church). It has always been one of his passions to work with youth, and he desires to positively impact the lives of the teens we serve. It is also his desire that he may grow in his own faith from these experiences. His passion for teens is to see them live free of destructive lifestyles.

Nathaniel is a single father and has one daughter, Elena, who was born in 2014. He enjoys sports, swimming, camping, the works of J. R. R. Tolkien, and most of all, spending time with his daughter. He also enjoys learning about other cultures, world religions, worldviews, and languages. Learn more about Nate. 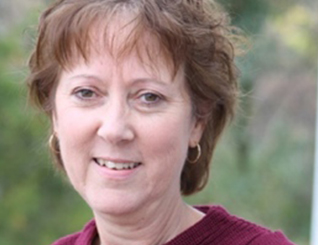 Tina studied at the University of Southwestern Louisiana. She has expertly performed the role of Office Manager within the administration department at Shepherd’s Hill Academy since 2004.

Tina and her husband Hap have two sons. Her interests and hobbies include motorcycling, playing the piano, photography, entertaining, traveling, gardening, making jewelry, and reading. 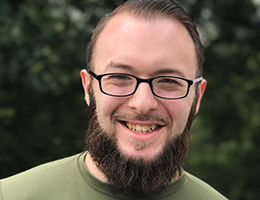 Cody has served in the United States Marine Corps Reserves for five years. As a member of the Armed Forces, he served as a cook and a small team leader. Cody attends Toccoa Falls College, in Toccoa Falls, GA studying the Pastoral Ministries Leadership program.

He has previous experience working with youth by serving at vacation Bible school. He also worked for five years with youth, particularly pre-teens and younger, through various major retail programs.

Cody’s strong desire to work with and help the youth of today stems from his own childhood experiences. He claims he could have benefited from a program like Shepherd’s Hill Academy when he was growing up. Today, he will say it is a call from God to help those who have difficulties and to guide them, like God has guided him, to seek a better life.

Cody is an avid reader and loves to read almost anything within his reach. He does enjoy an occasional computer game, and he works out regularly with his wife.