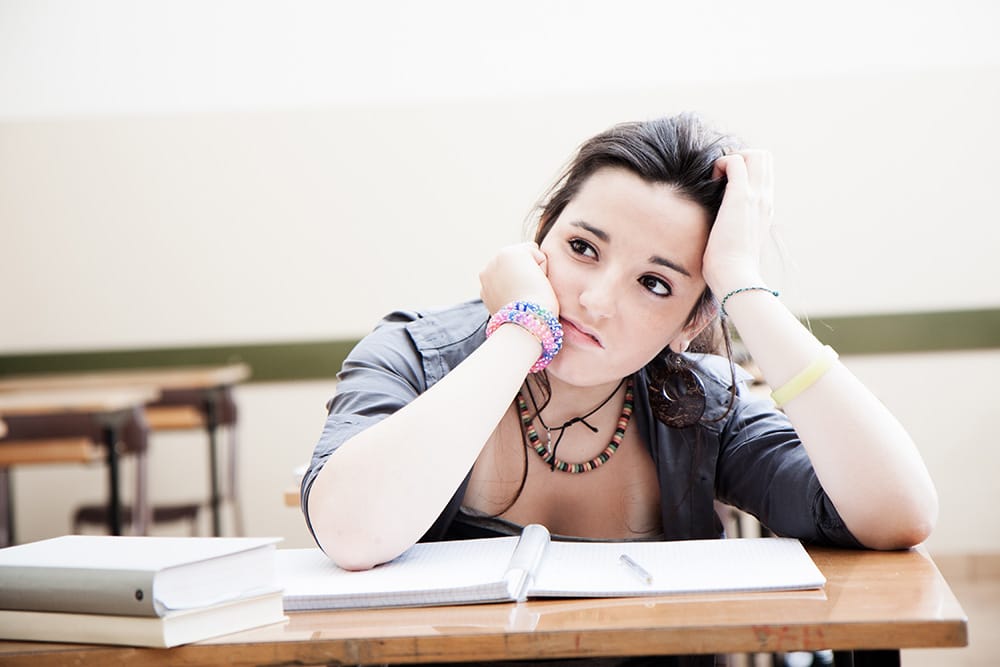 Attention deficit and hyperactivity disorder, more commonly known as ADHD, is a term casually thrown around at times, but it may not be fully understood. Some people may say a child has ADHD if they have seemingly endless energy. Others may be quick to blame the disorder when a teenager doesn’t pay attention in the classroom. In either case, ADHD could be an explanation, but it’s really not that easy to diagnose.

Teens with the disorder may have any number of characteristics that point to ADHD, and hyperactivity is only a small piece of the puzzle. ADHD is a legitimate medical condition and teens who are showing symptoms of the disorder need special care and attention.

If you are concerned an adolescent you love may have the condition, the following information will give you a better understanding of what it is and how to approach treatment.

Before digging in to the effects and symptoms of ADHD, it’s important to have a solid grasp of what it is and how it affects the person who has it. The first key point to understand about ADHD is that it is not exactly the same as attention deficit disorder, or ADD. There are actually three types of ADHD: ADD, hyperactive ADHD, and combined ADHD. Attention deficit disorder is characterized mostly by inattention, hyperactive ADHD shows impulsive and high-energy behavior, and combined ADHD causes symptoms of both of the other two.

ADD in teens, which is also known as inattentive ADHD, can often show the following symptoms:

The hyperactive-impulsive type of ADHD will usually not include symptoms of inattentiveness, but instead shows characteristics such as:

Those with combined ADHD will usually show symptoms of both ADD and the impulsive form of ADHD.

The symptoms above are typical for those struggling with ADHD, but not everyone shows the same signs. Diagnosing ADHD is complicated, and evidence of these symptoms does not necessarily mean someone has the condition. The effects on young people also vary slightly from those on adults, and older people will not always show the signs of ADHD that are as obvious.

Many children with ADHD get diagnosed during elementary school and it can cause them to fall behind other students. For some, symptoms of the disorder can begin as early as 3 years old, but may be mistaken for misbehavior or slow learning. The most noticeable sign of ADHD in young children is usually intense hyperactivity, but as a child gets older, inattention may take over as the primary indicator.

Adolescents and adults, on the other hand, won’t be diagnosed for ADHD unless they showed symptoms prior to the age of 12. However, this can often be hard to track, so many adults with ADHD go much of their lives dealing with the condition. When adults and teens have ADHD, their symptoms are often more subtle, with restlessness (instead of constant motion), fidgeting, emotional immaturity, frequent boredom, a quiet demeanor, and antisocial behavior acting as the key signs.

Causes of ADHD in Teens

While there is no definitive answer to what causes ADHD in teens, there are multiple factors that may contribute to the development of the disorder. The first of which is genetics. If someone in your family has had the condition, there is a higher chance that your child could develop it. Gender may also play a role, as ADHD is more common in males than females.

Environmental influences may be a contributing factor to developing the disorder as well. The following have all been linked to ADHD:

Common Signs and Symptoms of ADHD in Teens

The basic symptoms of the three types of ADHD apply to teens as well as children and adults, but certain signs may have a bigger impact on an adolescent’s life. If you notice a combination of any of the following behaviors from your teen, you may want to consider getting a medical evaluation:

Dealing with these side effects can lead to other potential consequences for teens with ADHD. The uncontrollable feelings and behaviors associated with ADHD in teens may lead to poor grades in school, unhealthy relationships with friends and relatives, unsafe impulses, depression, bad health, self-medication, and participation in illegal activities, among others. This is why it’s so important to get treatment for your teen and learn how to help them cope with their condition.

Treatment for Teens with ADHD

Before seeking treatment for ADHD symptoms in teens, parents should take their child for an evaluation. Because there are several possible symptoms of ADHD and some may overlap with other conditions, getting the right diagnosis is critical to recovery. The condition is only diagnosed if the side effects interfere with normal functioning, have been present since early childhood, and are consistently disruptive.

Getting a diagnosis of ADHD usually involves a physical exam, collection of patient history and description of symptoms, and psychological tests. If it is determined your teenager has ADHD, a treatment plan will be created to help them better manage the condition. This usually includes medication, cognitive-behavioral and family sessions for the adolescent, and education – for both you and your child.

How Caregivers Can Assist Teens with Symptoms of ADHD

Once a treatment plan is in place, it’s important for parents and other caregivers to be supportive of the teen with ADHD. Guardians and teachers should learn stress-management techniques to help them handle hyperactive or inattentive behaviors with a calm demeanor. They should help the teen create and stick to regular routines, which may include using a calendar or to-do lists to provide structure to a day. It may also be helpful to break bigger assignments down into smaller chunks so the adolescent has one piece to focus on at a time.

Overall, one of the best ways to help a teen cope with the symptoms of ADHD is to set clear expectations and reward good behavior – but also make sure they understand there are consequences to their choices. If medication is prescribed, parents need to prioritize and encourage sticking to the doctor’s recommended regimen. And if nothing else, always make an effort to show the teen that you love and support them, no matter what.

ADHD is an often-misunderstood disorder due to common social misconceptions and the challenge of properly diagnosing it – especially in teens. If your child or student is showing a combination of the symptoms of ADHD, speak to a medical professional for advice.

Has your teen already been diagnosed with the disorder? Is he or she is having a lot of trouble in school, even with treatment? Our fully-accredited, private academy is designed for teens who need a little bit of extra attention and a welcoming community of peers, without all the distractions and pressures of public school.

If you are concerned about the safety and happiness of your teen at their current school, contact Shepherd’s Hill Academy for more information.