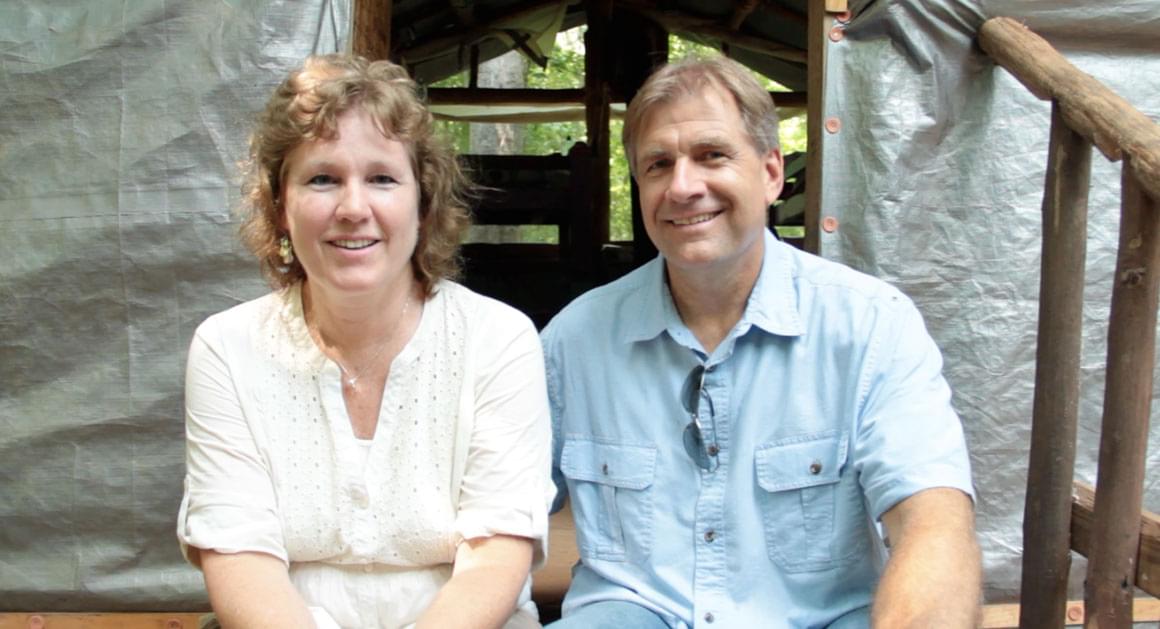 As a police officer and a parent, Trace Embry found himself facing every parent’s biggest question: “Are we raising our children in the best way possible?” Encouraged by a friend in the police force, Trace and Beth began to attend church regularly, and they came to realize that the right way was to leave Chicago and pursue ministry life full time. Acting on their inclination, they enrolled in a Bible program at Toccoa Falls College in Georgia. While they were 700 miles from the life they knew in the Chicago area, Trace and Beth Embry were beginning a new direction in life.

During the course of their studies, Trace and Beth knew they wanted to apply their learnings to working with youth and adolescents in a Christ-centered environment. As the seed of an idea began to grow, Trace and Beth searched for the land where they could build the environment they pictured.

To build their vision, Trace and Beth ended up purchasing a property with just $200 and a handshake; the rest facilitated by the property owner’s bank and a series of circumstantial miraculous events. Trace notes that each step of the process in acquiring and paying for the land “was just one of the thousands of miracles.”

For the first several years of owning the property, Trace and Beth hosted a variety of youth events and camps on their new land. For example, they hosted equine camps, and they experienced the positive impact that these events had on the life of each kid. As they continued hosting events, the idea for what they wanted to do with the property crystalized.

Trace and Beth decided it was time to create “an academy that would help troubled youth get back on their feet.” In 2001, they founded Shepherd’s Hill Academy.

What Shepherd’s Hill Academy has become

The academy and facility grew slowly as they gained experience and resources. Since its founding, Shepherd’s Hill Academy has grown to employ over 60 people across its expansive 200+ acre facility. The program has hosted hundreds of students from across the country and around the world.

One of Shepherd’s Hill Academy’s most notable behavior therapies is its wilderness-style therapeutic program. Enrolled teenagers undergo a “digital detox” and live in an environment without electricity or the internet. As part of a wilderness-style therapy, teens have a greater opportunity to bond with their classmates and gain skills in leadership and accountability, not afforded in other settings. Teens enjoy their time in the wilderness program; and, some even say the experience helps to create some of the best years of their lives.

Looking back over their journey, Trace and Beth note how much they had to support each other along the way. They are proud of how Shepherd’s Hill Academy has been used to positively impact teenagers and adults from all across the country and around the world.

Is Shepherd’s Hill Academy right for your teen?

We understand that enrolling your child in a residential behavioral program is a big decision. Know that you do not have to make that decision alone. Our compassionate staff is here to help you and your family make a decision that makes sense for everybody.

As part of the decision process, we regularly put parents in touch with a family whose teenager recently completed the program at Shepherd’s Hill Academy. Parents often find it helpful to speak with a family who went through a similar experience themselves.