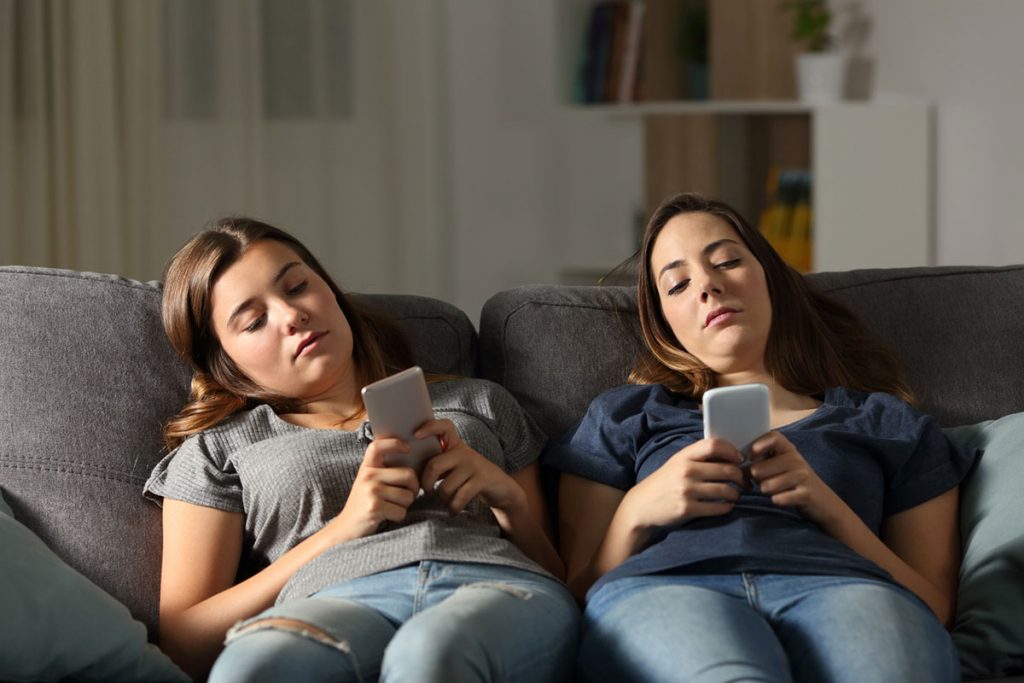 The media has focused a lot of attention on how social media has affected our viewpoints on a variety of political issues the past few years. But there has not been as much attention put on how social media is affecting teenagers. When 75 percent of American teenagers have social media accounts, according to Common Sense Media, you could strongly argue we should be paying way more attention to what our kids are doing online.

Social Media is Addicting to Teens

A 2016 UCLA Brain Mapping Center study found the reward centers in teen brains react to likes on social media in much the same way they might react to winning money. Additionally, these reward centers are particularly sensitive in teens, making them more drawn to social media.

Teens also have a hard time self-regulating the amount of time they spend on social media. A 2018 Pew Research Center survey of nearly 750 13 to 17 year-olds found that 45 percent are online almost constantly and 97 percent use a social media platform, such as YouTube, Facebook, Instagram or Snapchat.

Not surprisingly, social media can have serious negative effects on the mental health of teenagers. Study after study has shown that teens who spend any significant time on social media have a heightened risk of mental health issues, especially depression and anxiety.

Some of these issues may stem from lack of sleep and exercise that can go hand in hand with too much time on social media, according to the Royal Society for Public Health. Other studies show that the inability to focus that comes with social media use has a negative effect on the mental health of young people.

Fear of Missing Out (FOMO) or envy can also affect teens who are still developing their self-confidence and sense of identity. When they see posts from peers featuring things they want but cannot get (PS5, anyone?) or experiences they can’t have, it can make them feel like their friends have better lives than they do. But what they fail to realize is that people often only share their best selves on social media.

Meanwhile, social media and smartphones have completely changed how kids are being bullied. A 2018 Pew Research study found that 59 percent of US teens have been bullied or harassed online. This includes being called offensive names, the spreading of false rumors, harassment and being the target of threats. Girls suffer more than boys, reporting they have rumors spread about them online and received explicit images at a higher rate than boys.

The Positives of Social Media

Lest you think we’re all doom and gloom, there are some positives to social media use among teens. Social media can be a platform for teens to express themselves. It can be a great way for teens to find and create social support networks, especially those who are marginalized because of identity, disability or chronic illness.

During COVID-19 lockdown, social media can also reduce feelings of loneliness and isolation that many teens are experiencing while they are schooling from home and unable to see their friends.

How to Reduce Issues Related to Social Media Use

Thankfully there are things we can do to help our teens limit the negative effects of social media. Here are some suggestions: