How Covid Has Made School Choices More Important

Today’s schools have become the battleground for competing ideologies ripe with modern day politics. From gun control, to Critical Race Theory, to Covid response mandates, to gender theory and the like, our schools have become the poster children of the glut of controversy sweeping our nation.  Many parents have grown discontent with the present circumstances in our schools and are looking for other options.

A recent report from the National Alliance for Public Charter Schools cites that 1.4 million students left their district public schools during the pandemic, many landing in charter schools, home schools, and private schools.  This trend only continues as more and more parents become discontent with the policies and politics at play in our public school system.  In many ways, the pandemic was not just the catalyst for this movement, but also the harbinger of parent engagement in school affairs.  According to a recent National Parents Union poll cited in the NAPCS report Voting With Their Feet, “80% of the parents they surveyed said the 2020-21 school year was an eye-opening experience that also resulted in a demonstrable shift in parental involvement when it comes to their child’s education and parents’ desire to engage schools with more input and feedback. A majority of parents want more options for their students following the pandemic and they have no plans to return to the way things were.”  This, coupled with the marked discontent of many parents over CRT and Queer theory’s steady influence on school policy, has left parents looking for other options. The result: School choice initiatives are on the rise like never before. 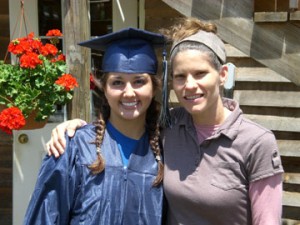 Steven Malanga in his article School Choice Rising notes that “a bonanza of new choice legislation in 2021. In all, 18 states (six more than in 2011) either instituted school-choice programs for the first time or expanded offerings. Some 3.6 million students nationwide gained potential access to more education options, thanks to these moves.” School choice puts the power back into the hands of the parents to use their federal dollars for the schools they want.  Public education is a massive expenditure. My home state, Georgia, spends $11,707 per public school pupil per year.  School Choice initiatives allow families to use a fraction of these funds in the form of scholarships towards private schools, home schooling, micro schools, and other educational services.

School choice is also offered through public, tuition-free alternatives such as charter schools, magnet schools, dual enrollment programs, virtual schools, and public school open enrollment which allows parents to choose schools outside of their district.  While some would argue that our schools are in a dire state of crisis, now more than ever, parents are waking up and taking action.  Parents are realizing that they have a choice, and that ultimately their voice matters the most when it comes their child’s education.