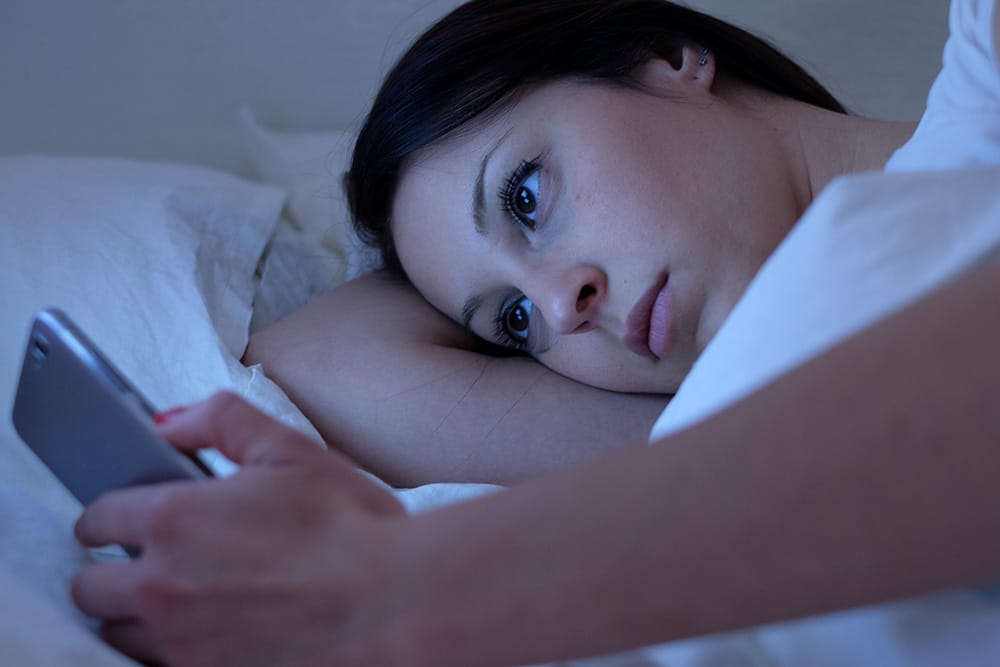 Sexting, or ‘sex texting’ is the act of sending or receiving sexually explicit images, videos, or other media via a cellular device or the internet. The term sexting was coined in 2005, but the concept has been around much longer.

According to Kids Health, examples of sexting can include:

Modern technology has greatly increased the ease and speed of sexting among teenagers. With cell phones, tablets, and other mobile devices, constant connectivity allows teens to send and share images with the click of a button.

Research found that well over 25% of teens who receive a sext or other sexually explicit material, said they forwarded it to someone else (according to Psychology Today).

A third of teens who participate in sexting admit that they do not consider the legal ramifications of their actions. Teens who sext are more likely to find this type of activity acceptable, and are able to ‘justify’ their actions because they did not view the activity as wrong.

How Common is Teen Sexting?

Psychology Today states that according to the Strohmaier survey, 54% of students said they had sent some form of sext. This sext could include either words or images. Only 28% of teens surveyed said they had sent a photo sext prior to becoming a legal adult at age 18. That means that 70% of these teens did not send nude images before 18. Studies concluded that although sexting images is not uncommon, it may not be the norm among teenagers. However, Strohmaier suggests that both images and text can be considered sexually explicit material.

While sexting may not be the ‘norm’ for the teenage population, it is still incredibly dangerous for those involved. Research suggest that teens who sext are more likely than their peers to engage in sexual intercourse. In fact, Psychology Today reports that 76% of teens who were propositioned to sext admitted to having had sexual intercourse.

Sexting tends to peak around the ages of 16 and 17 and declines significantly at age 18. Sexting habits vary between boys and girls. Psychology today found that girls were asked to sext (68%) more than boys (42%).

How Sexting May Affect Teen Girls

It is often assumed that boys pressure girls into sexting. While this may certainly be the case in many instances, it is not always true.

Teen girls are propositioned to sext through various ‘methods’:

The act of sexting can be quite complicated for young girls. They may fear being labeled, regardless of the action they choose. If the girl decides to send nude photos and is found out, she may be labeled a ‘slut’ or ‘shamed.’ If she refuses to send the images then she is a ‘prude.’ Those who feel pressured to send sexts are more likely to feel upset, embarrassed or ashamed after sending.

While peer pressure is sometimes the reason behind sexting, research by Psychology Today found that girls were also willing to send images to ‘feel sexy and confident.’ Girls may also sext as a ‘joke’ or to get attention. It may also be to impress their significant other or peer pressure from other girls who are already sexting.

Sexting can be an incredibly emotional act. The activity can take a huge toll on the young woman, should the images “fall into the wrong hands.” As many times images sent are shared, teen girls are at risk of being bullied or body shamed because of the images that are sent.

In volatile teenage relationships, emotions can have their ups and downs. Teens date and break up, increasing the risk bullying and other emotional trauma for young teenage girls. If a couple breaks up and they had engaged in sexting it is not uncommon for one or both of the individuals to seek revenge by sharing the images.

While the social reputations of young girls (as well as young boys) are often damaged due to sexting, their digital reputation is in danger as well. With unlimited connectivity to the internet, an image could literally be anywhere and everywhere. Leaked images could resurface when individuals are applying to college, speaking with recruiters, applying for jobs, or running for public offices.

How Sexting May Affect Teen Boys

Boys, like girls, can be found on both the sending and receiving end of sexually explicit texts. Girls may sometimes ask a young teenage boy to send nude photos of themselves. For some boys, this may make them uncomfortable if they aren’t typically sexually explicit, feel targeted sexually, or don’t want to be involved with the requestor.

On the other hand, collecting explicit images of teenage girls can be a sign of status and masculinity for boys. These images are something for them to brag about to their friends, or even compare images.

Teenage guys may also feel peer pressure to request sexual images from girls. If their friend group consists of guys with sexually explicit material on their phones, they will fear being singled out for not participating.

Some young men feel compelled or obligated to send nude pictures to reciprocate receiving them. According to Psychology today, the most often mentioned reason for teen boys sexting is to ‘be fun and to flirt (23%).’ 23% of boys also said reciprocity was a top reason for sexting. 16% said they would engage in sexting as a sexy present. 9% claim they send sexts in order to feel confident.

There are many personal consequences of sexting and explicit images. From shame, guilt, bullying, and shaming, the world of sexting can be an emotionally driven nightmare for many young boys and girls. Self-image and even mental health can all be at stake at the risk of sexting. Examples of depression and even suicide have stemmed from bullying due to sexting.

Aside from personal consequences of sexting such as negative emotions or professional repercussions, teens should also be aware of the legal ramifications and consequences of their actions.

When an image is shared via the internet it is never truly private. In some states, lawmakers have created penalties aimed specifically at teenagers who misuse sexual images through actions like sexting. While these penalties are oftentimes less severe than an adult would receive for sending similar images, they are none the less important to recognize.

According to Criminal Defense Lawyer, because sexting is relatively new, some locations may still punish offenders under pre-existing laws that charge child pornography. There are examples of cases where young teens have been registered as sex offenders as a result of participating in sexting.

Specific laws vary from state to state. Criminal Defense Lawyer explains that Connecticut law specifically targets teenage sexting for anyone between 13 and 17. An individual can be charged if they transmit or possess nude or obscene images of themselves or another teen. Other states like Texas allow exceptions for minor sexts with another minor who is no more than 2 years older or younger and the pair are dating.

While the Federal Juvenile Delinquency Act provides that where possible juveniles are charged in their home states rather than federally, there is a chance that a teen could be charged in federal court for sexting. The Federal law makes it illegal to produce, distribute, receive or possess obscene or sexually explicit content. The Federal law also criminalizes the act of causing a minor to take part in a sexually explicit act. It’s a federal crime to use a computer to distribute or reproduce sexual material involving a minor. Although the risk of being charged federally is low, it is important for teens to realize the severity of their actions and the legal repercussions that could be possible.

What to do if Your Teen is Sexting

The ‘rebellion’ of sexting is oftentimes part of the draw. Knowing that parents disapprove of sending sexts and elicit images can actually make sexting more appealing. It is important for parents to be proactive with their teens in order to establish and harbor healthy habits in young men and woman. Being intentional about providing healthy ways to say no to sexual demands and sexting is important.

In some cases, sexting may contribute to a sexual or digital addiction. The desire for sexual and explicit images, when paired with unlimited access to unfiltered internet, can prove damaging to your child.

If your child is walking a dangerous line by sending, receiving or distributing sexually explicit images a residential treatment option may be the solution.

Shepherd’s Hill Academy is a therapeutic boarding school with a wilderness component. At Shepherds Hill, we work to combat teen technology addictions and dangerous digital activities such as sexting.

When your teen arrives at Shepherd’s Hill Academy they will notice that there are always counselors and residential staff present. There is no time or place to take or receive sexual images. In fact, during their time at Shepherds Hill your teen will be free of technology! This digital fast will allow your teen to learn to live and enjoy healthy activities while becoming less reliant on technology and media for daily life.

While Shepherd’s Hill Academy does accept both male and female students, our campuses are 100% separated. Boys and girls are not permitted to cross paths. We believe that there is no need to add to the complexity of healing with relationships and related emotions. Your teen will learn a healthy respect for themselves, their bodies, and their peers.

If your teen is addicted to sexually explicit images and sexting, Shepherd’s Hill Academy may be just what your teen needs to get back on track. Give us a call today at 706-770-5576 or inquire online now to learn more.